Bob Dylan, we salute you as you blow out the candles on your groaning birthday cake. 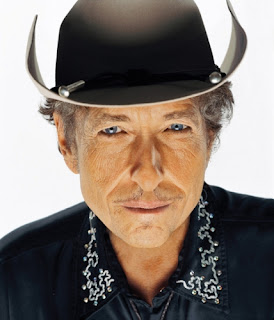 'On his sixty-sixth birthday
He already is an old man'
according to... markwoff at 11:41 am 1 comment:

Excellent, a stupid article to cheer me up as well. This non-story, about the impending smoking ban in public places in the UK, was in The Guardian the other day as well, and was bollocks then. As if jazz - or rock music, or fucking any kind of music for that matter - is anything to do with smoking.

I think the most disappointing aspect is that all sorts of people are viewing it as emblematic of something or other other than what it is. What happened to Joe Jackson for him to come out with this, in his capacity as a smokesperson for FOREST, the pro-smoking lobby funded by tobacco companies, on bar staff:
"The whole point of nightlife venues is that they are places to get away from work and not to be nagged like naughty children.The few people who are working should be there on that understanding," he wheezed.

Hasta la revolucion! Well, back to the piano, Jackson, because you have clearly never washed 30 ashtrays at the end of an evening, nor swept a floor hoaching with roaches, nor had someone blow smoke in your face while they were ordering a drink. Your next album [should there be one] should be songs of contrition for conflating a perfectly sensible public health measure [the same kind of thinking that banned it on aeroplanes] with a spurious civil liberties argument.

Smoking is carcinogenic, a public ban isn't about stopping people from pleasuring themselves in public [there are other laws for that, of course, like the Criminal Justice Act and the Sex Offenders Act], but about allowing everyone else their measure of freedom to drink, dance, flirt or work without red eyes, stinky clothes, sore throats, yellow walls, etc etc etc. IT'S PROPERLY BAD FOR YOU! Interestingly, Graham Chapman [according to Wikipedia's Throat Cancer article] said that the primary site for the cancer that would eventually kill him was the spot on his throat where the smoke from his pipe hit first - and he was a doctor, so I'd trust that kind of opinion.

I don't know, it's probably different for pop stars. [Does an eerie loop of 'No such thing as tomorrow...' in the Tracheotomy Man voice to fade]
according to... markwoff at 1:00 pm 2 comments:

Post seasonal adjustment disorder? The belief that one has never 'achieved anything of worth, anything that rhymed with my conceptions, my dreams (for those were fine; of that, I certain)?' [Lypiatt in Antic Hay] Or just feeling a bit of a mardy bum? I suspect (c).

Still, it's hard to maintain an expression of pained sensitivity/wallow in your own chemical imbalances like some ghastly French poet from the 19th Centuree when you log in [at the silicon face] and get emails with subject lines like this:
'Your orgasms will be enhanced to the point of ecstasy, and your stamina and overall sexual health will be greatly increased.'
This from Pierre Dominguez. What a benediction. Then, in a comically vulgar counterpoint, the fat and beery companion of the sensitive Pierre pipes up. It's Virgil Trotter:
' fuck them as much as they can handle', he slurs, then in the same breath, 'do it all night don't be silly', urgently, not even pausing for punctuation or capital letters.

Splendid, splendid.
according to... markwoff at 9:04 am No comments: